The 4 Best Substitutions for Eggs in Any Recipe 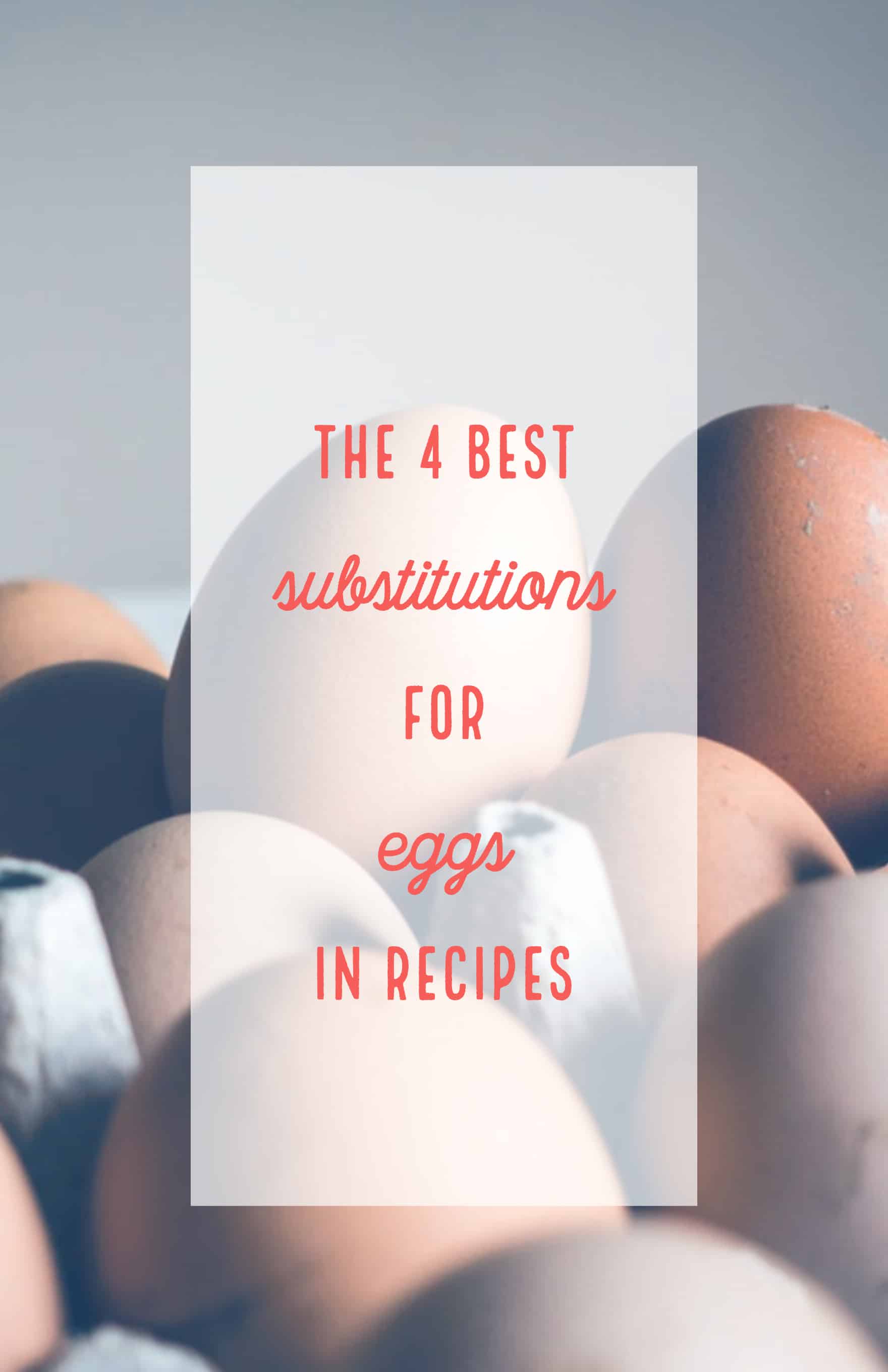 Every now and then, you need an egg substitute for a recipe, whether because of an allergy, a vegan, or simply an empty carton in the fridge. Here are four egg-cellent egg substitutes to keep in your back pocket. Whether the egg’s purpose is to bind, add moisture, leaven, or whip, we have you covered. Keep in mind a large egg yields about 1/4 cup, and make sure you add that much of the replacer into your recipe. Haven’t you been curious about aquafaba?? Have a great week, lovelies.
Article below written in collaboration with Iris Wang and Sabrina Wang.

Applesauce was one of the earliest substitutes for eggs. Our moms used applesauce in muffins when their cartons were empty, didn’t they? This allergy free, vegan, high fibre alternative provides moisture and sweetness to baked goods. A quarter cup of applesauce will replace one large egg. Other flavours will mask the taste, making this substitution unnoticeable, but be sure to find the unsweetened option at your grocery store, as an extra ten grams of sugar could add an overwhelming sweetness. Similarly, mashed bananas and avocados can also be used to moisten treats, smoothen the consistency of the batter, and add an extra hint of flavour.

Flaxseeds took over the superfood aisles by storm a decade ago when omega 3s were on everyone’s lips. From crackers to oatmeal, these fibre-rich seeds are everywhere. Now it’s chia on everyone’s radar. Whichever you have stocked in your pantry, one tablespoon of these healthy seeds combined with three tablespoons of water will serve you a phenomenal binding agent that can replace 1 egg.

Not only a significant source of protein but a binding agent, too. Whether savory or sweet, the neutral taste of soft tofu allows for much versatility. Tofu excels as an egg substitute in baking recipes, but can also substitute for eggs in dishes such as a Sunday morning scramble alternative. Tofu scramble with the addition of turmeric and some of your other favourite spices and vegetables is a remarkable scrambled eggs brunch replacement. For baked goods, use puréed 1/4 cup of soft tofu to replace one egg.

Aquafaba has been on the rise in the vegan community taking its place as the ultimate egg replacement. This plant-based egg substitute is simply the liquid that you would normally drain from canned chickpeas.  It whips up to beautiful meringue just like egg whites do. How the first person discovered that is beyond me. Four tablespoons of chickpea liquid can replace 1 large egg, or two tablespoons can replace a large egg white. It’s perfect for replacing eggs in applications where you’re asked to whip the whites to peaks, or start by beating the eggs (as the incorporation of air is an important step in leavening the final product).  YOU CAN EVEN USE IT IN A WHISKY SOUR. (I feel that warranted all caps.)

It can be frozen and stored in ice cube trays to make the most of that slippery bean juice (um, doesn’t that sound yummy?).