These gingerbread bars are chewy and deliciously spiced with ginger and cinnamon and molasses. They’re iced with a vanilla buttercream frosting with just a touch of cream cheese – almost undetectable, but with just enough tang to cut through the sweetness and add depth. I initially put the pomegranate seeds on top just for decoration, but they actually add a really nice tangy pop and texture contrast – I think you’d be remiss to leave them off. They make a really pretty addition to a cookie tray, but are nice enough to serve as dessert with a fork (as I did!).

As gingerbread blondies, should we just call them gingerblonds?

I had neighbours over for dinner last week, right after we set up our Christmas tree. It was still November, but we set the table with candles of varying heights and bouquets of winter berries, put a fire in the fireplace, and let the Rat Pack carry us away on holiday vibes. 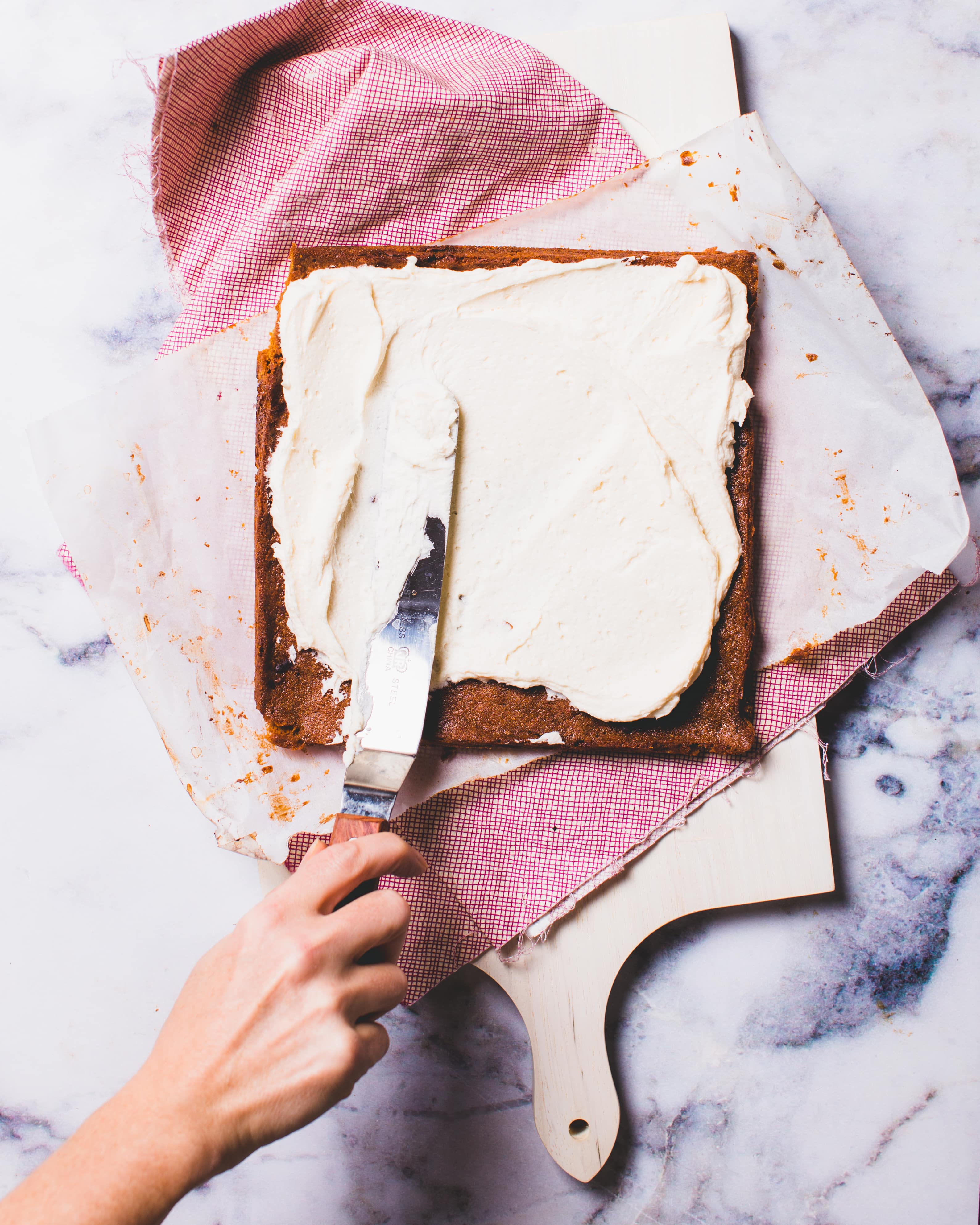 Drinks were served off of a copper tray. Cherry red cloth napkins were used.

I have a bit of performance anxiety with having people over for meals. I feel like people set the bar high because of my, er, line of work. Sometimes people seem so excited about the food that I’ve been tempted to cancel.

But I enjoy sharing mytable so much that I’m trying to loosen up and just cook as I would for my family – homey comfort food and lots of vegetables – instead of getting hung up on a special menu. Making effortless side dishes (hello, steamed green beans and boiled frozen peas, come over here bagged slaw) and/or a simple appy (hunk of cheese + boxed crackers) so I can chill out and enjoy the company of my friends rather than stressing over the timing of four different dishes. 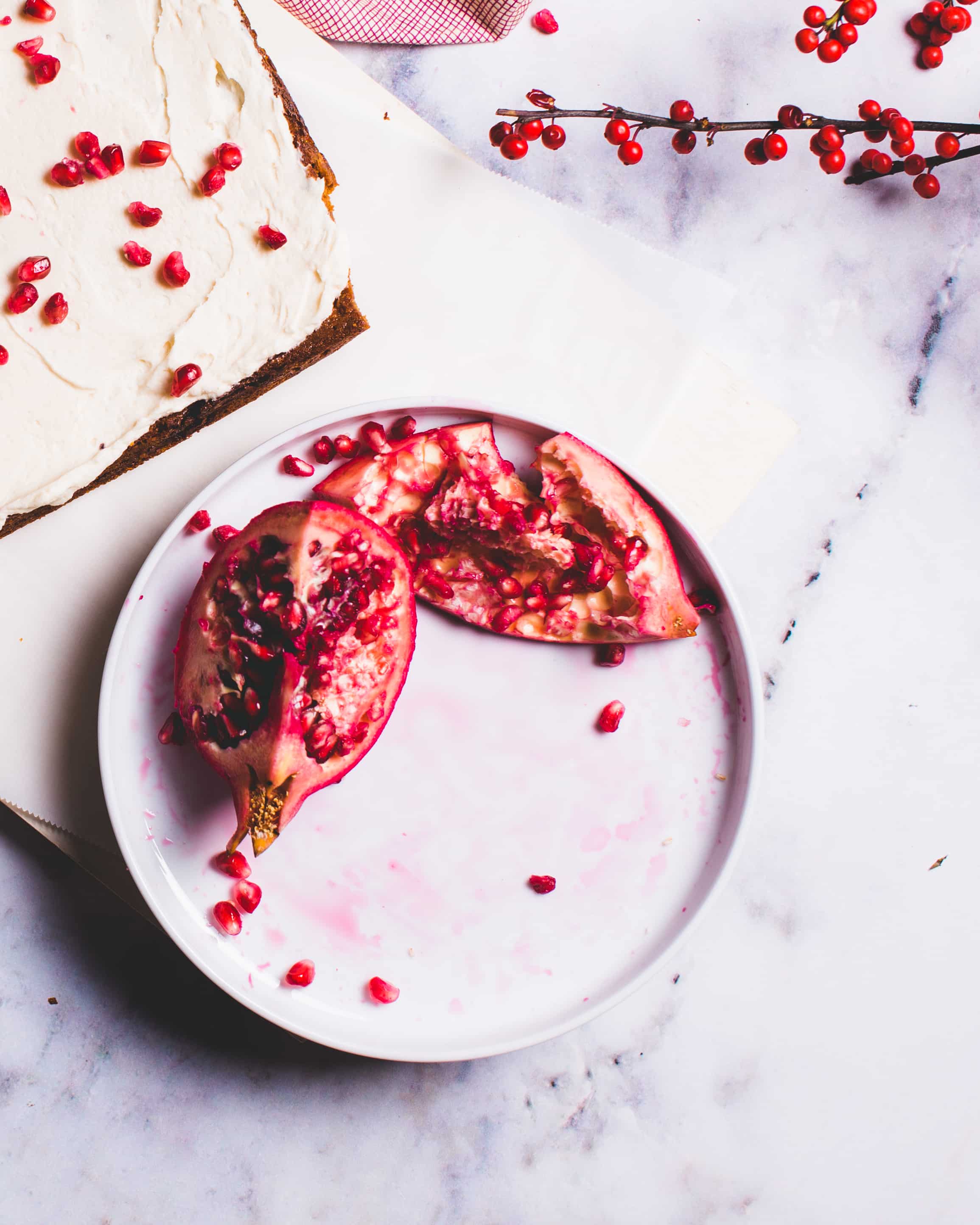 This week, I am hosting three dinners for 8 in our home and I’m so excited! I bought special christmas crackers. Also, pretty festive paper plates and napkins for the kids to lighten the clean-up load.

Cozy dinners are my favourite part of Christmas. They don’t have to be fancy.  Everyone loves the hygge. I encourage you to make a big, casual pot of chili (my Friday dinner party plan) and invite some people in.