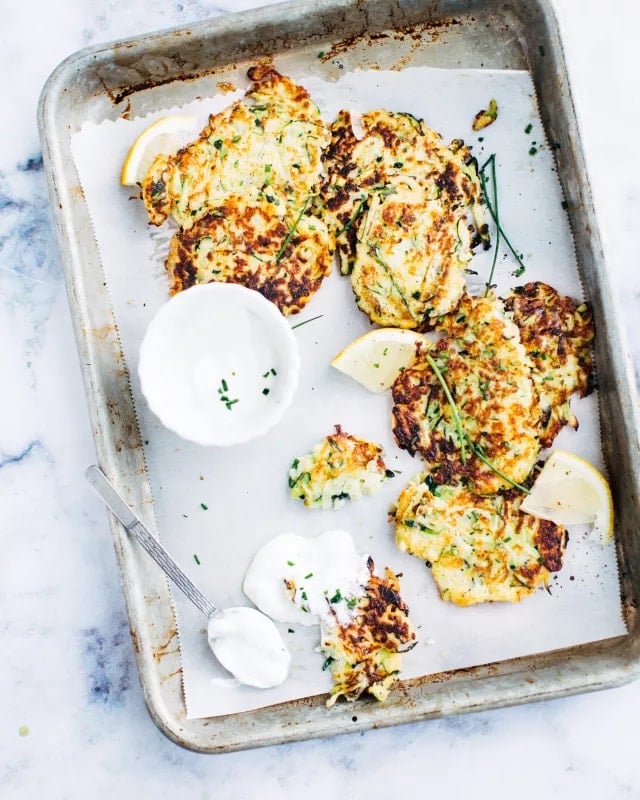 I made a bunch of these Zucchini Fritters on a recent weekday for lunch and liked them so much that I fought away hungry children to take pics to share. Not an easy task, I assure you. (Blogging has moved almost completely away from spontaneous photo shoots since having kids. I think my pictures may have improved for it, but I kinda miss the on-a-whim vibe.)

The fritters are light and savoury and crispy and it’s really hard to stop eating them. I served them with homemade ranch, an oldie but goodie, for dunking.

I have been trying to find ways to get my kids to eat green vegetables that doesn’t involve a smoothie. For them, it’s mostly a texture thing.  I’ve found only a few things they like – kale finely minced into an omelette or pasta sauce, broccoli (raw or cooked) with any kind of dip, and fritters.

My friend Meg came over one day with a big bag of zucchini from her garden. Is there any gift lovelier than food from one’s garden? I love all the different shapes and sizes. I made a batch of Banana Zucchini Bread, some zucchinookies (which is what I nicknamed these REALLY YUMMY Zucchini Cookies), and fritterized the rest. 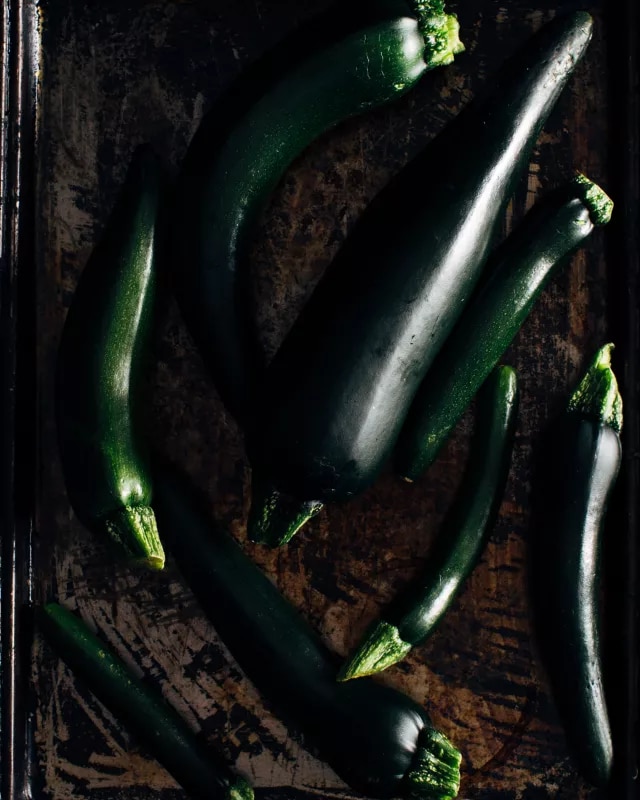 Today is my fifth wedding anniversary with my husband. It’s hard to believe five years have gone by since our Prince Edward Island wedding. Life has changed so much in that period that it almost feels like longer, but it’s still hard to believe that half a decade has passed.

I’m trying to clear some mental space to reflect on what I see for myself and our family in the next five. I was listening to a Ted Talk podcast in the car yesterday (as we drove an hour up the coast to look at houses. WHAT?) about the impact technology has had on eliminating boredom and the precious time for creative thought that comes with it.

The gist was that the time that we spend reflecting on our past and dreaming about our future, solving our problems, and coming up with new adventures is in that time when we have nothing else to do. Now we fill each of those moments with picking up our phones, and aren’t giving ourselves the space to think deeply.

Food for thought on a Sunday. 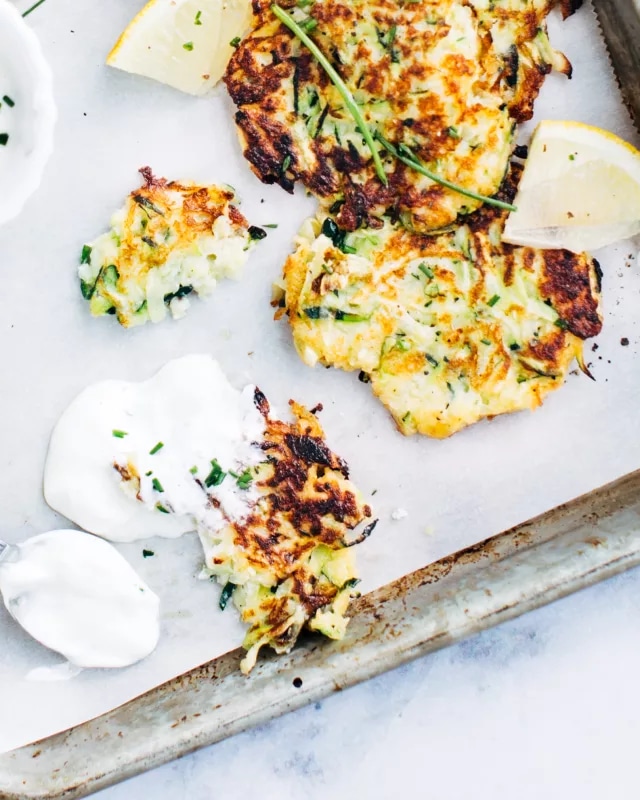 These fritters are good to make in a large batch and freeze for weekdays. I pop them in the toaster oven for a few minutes to reheat and crisp up. They’re a nice departure from sweet things for breakfast, although I typically serve them at lunch.

A quick dip of greek yogurt, some chopped chives (or other herb) and a pinch of salt is a great shortcut accompaniment. Or, you know, ketchup. 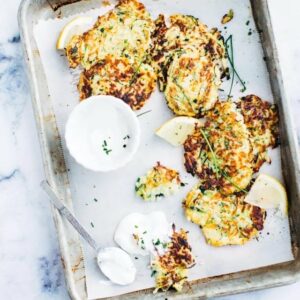 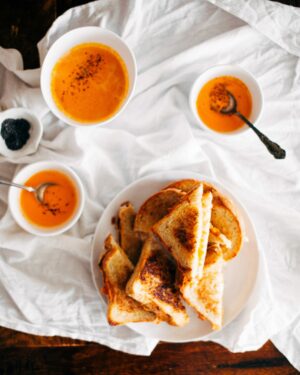 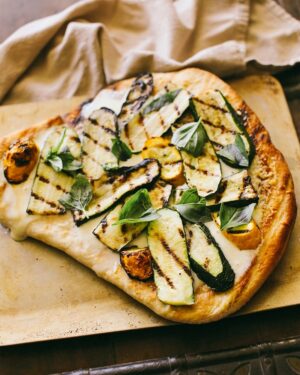 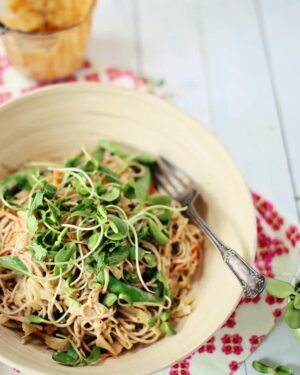