French onion soup is a classic for a reason. Sweet caramelized onions meet a deeply savoury beef broth under a giant, cheesy crouton. It’s so simple, so hearty, so delicious.

I partnered with the fine Quebec cheesemakers at Alexis de Portneuf to bring you this recipe, and I swapped the traditional melted gruyere on top for their buttery Saint-Honoré triple cream brie. Gooey baked brie is one of my favourite treats, and I thought it would make an excellent crouton topper (it does).

If you missed my last post with this lovely fromagerie, I shared a Roasted Grape and Broiled Camembert Crostini recipe (apparently I have a thing for good, melty cheese on bread) and their at-a-glance system for picking the cheeses you’ll like – go check it out.

Can we just pause to really think about the onion? There’s a definite wonder to behold. We’re talking about a plant so pungent that just breaking its flesh irritates your eyes to tears. Somehow this sharp vegetable turns candy sweet with nothing but a warm stove and a little time. Don’t you think it’s magic?

The caramelizing of the onions is the only patience-requiring step in this recipe, and you can’t rush it. You can, however, do that part in advance, letting them brown away on a back burner while you prepare another meal. (If you follow my Instagram stories you’d have seen me caramelizing them one night while making chicken fajitas for dinner.)

A restaurant version of French onion soup will almost always be served in special oven-proof crocks (I got mine on discount at the Canadian store Homesense years ago, but these ones are similar). But you don’t need them. You can just broil the brie on top of toasted baguette slices and then just transfer them to any soup bowl. I actually think these brie toasts would be incredible on a bed of lightly dressed greens, too, with maybe a few dried cranberries, as a simple-but-elegant salad.

Because there are so few ingredients in this recipe, a good beef stock can really take it to the next level. You could make it from scratch (google will help you), or else I bought mine at a soup shop in the market. Many butchers sell it fresh or frozen.

If you’re in Canada, please don’t miss out on the Alexis de Portneuf open-ended travel giveaway. Five no-strings-attached $1,000 travel vouchers are up for grabs and contest entry is just a quick questionnaire to discover your cheese taste profile. I insist that at least one of you Foodess readers turns that prize into a vacation. Don’t let me down, guys. 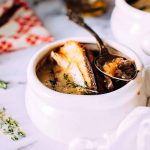 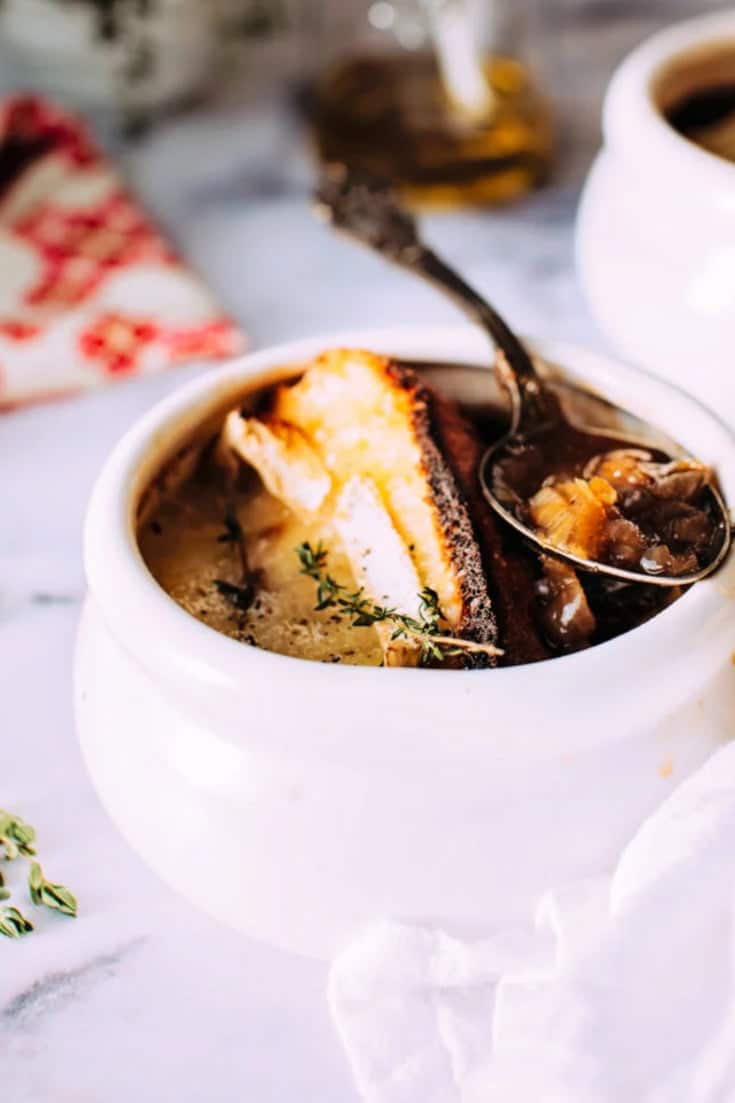 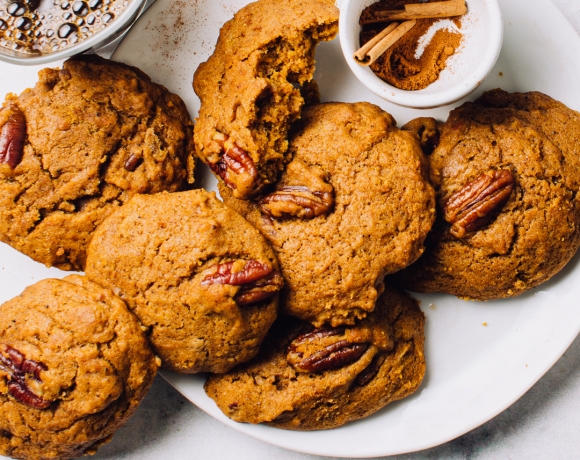 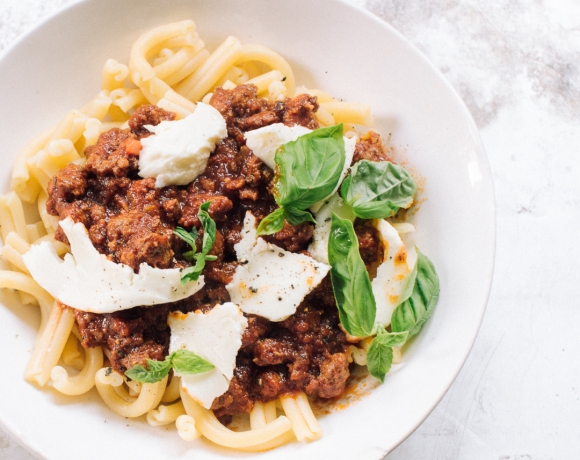 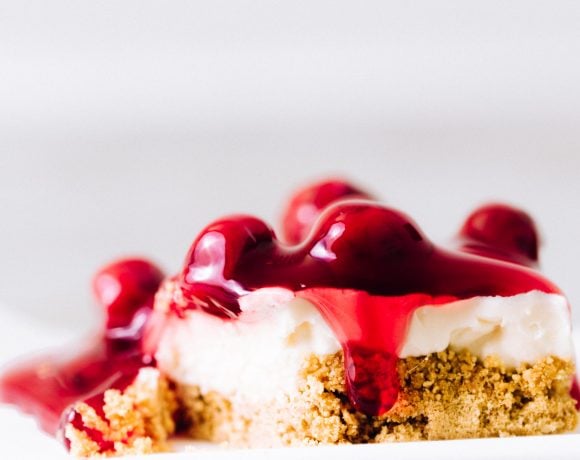 These no-bake cheesecake bars are both easy and delicious with a creamy filling and luscious cherry topping on a buttery, crumbly graham cracker crust.