A couple of weeks ago I had my 3-year-old son Theo’s best friend William and his mom (my friend) Heather over to decorate gingerbread men.  I made four pounds of dough. In case you don’t know, that is waaaaay too much dough to expect a pair of preschoolers to roll, cut, bake and decorate. Especially when one of them (mine, of course) only signed up so he could eat the smarties and gummy bears and had no real intention of decorating anything.

Then the next day, I was troubled by the gingerbread men.  I wasn’t totally happy with the flavour, and it’s a recipe on my blog, so I was obsessing and decided I wouldn’t be able to rest until I made them again.

Hours of testing later, and I realized it wasn’t me. It wasn’t the recipe. It was the MOLASSES I bought. I usually buy “Fancy” molasses, but this time I’d brought home the “Cooking” variety. If you’re not well versed in molasses (as I wasn’t), the latter is much stronger tasting and bitter. It almost has a black licorice flavour.

Anyway, I had already re-developed the recipe so that it tasted good with the molasses I had, and that resulted in my freezer being filled with another four pounds of dough (and a baker with a stomach ache).

But good news! These gingerbread cookies will taste excellent with Fancy or Cooking molasses (though I still really recommend the former).

And then I shot these pictures during the magic hour when the light is just golden and beautiful, and the icing looks like it is just glowing. I did not have time to do any set up, and have given up this wooden table for shooting because it looks too orange for my liking.  But I love the warm sunny glow on the cookies.  The sun set today to complete darkness at 4:15 pm. HOW IS THAT POSSIBLE?  Ugh. This winter (which hasn’t actually officially even begun) is really getting to me.

Let me just leave you with one more thing.  Royal Icing. The magical stuff that you can thin out (with water) to flood cookies with or thicken up (with more confectioners’ sugar) to pipe on tiny details.  I forgot to get pasteurized egg whites, which I usually use, but a quick google search confirmed what I thought – you can actually just heat the egg whites from whole eggs to 160ºF, whisking constantly in a heat-proof bowl set over a small saucepan with 1″ of simmering water, and they’ll be totally safe. I am going to go this way exclusively from now on, because I never end up finding a use for the rest of the box of egg whites. 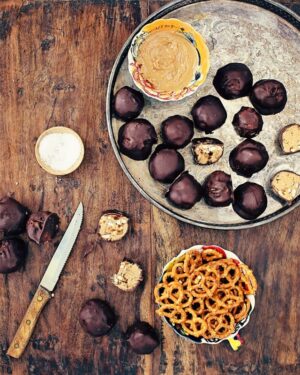