I had an epic dentist appointment last week. A grueling 3 hours in the chair. It was decidedly not fun. For several hours afterward, my face remained frozen on one side from hairline to chin. I couldn’t feel my nose, or even my ear.

My fiance Adarsh came home to find me drugged up and drooling on the sofa. “You really can’t feel anything, eh?” he said, poking my face. “So… I could give you a good slap and you wouldn’t even know it?”. He thinks he’s a comedian sometimes.

Now I feel completely justified in sharing a funny story about him.

We recently got a new vacuum cleaner. I caved and consented that he buy the fancy-pants Dyson, and ladies, I encourage you indulge your significant others in the same. You know why? Because when men think they’ve got the Porshe of dirt-suckers, they suddenly LOVE to clean. I have easily made my money back in time saved.

The funniest thing happened one morning just after we bought it. It was a very rare occasion when Adarsh was up before me. In my half-awake state, I heard some kind of struggle happening in the living room. The Dyson fired up and our Irish Setter suddenly scurried past the open bedroom door like his ass was on fire. His ears were flattened to his head, his eyes were bulging with fear and his tail was tucked so deeply underneath him that it must have been tickling his chin. He was in a hurry.

Next came Adarsh, lumbering past the bedroom door, hot on Oliver’s heels. He was brandishing the brush attachment of the vacuum cleaner as he stumbled after the dog. It was quite an entertaining thing to watch – Oliver skuttling around terrified, while Adarsh, in nothing but his underwear, chased him about with the roaring Dyson teetering in his wake.

You see, when Oliver doesn’t want to get caught, he simply doesn’t get caught. He is a skinny, wriggly dog, who at his best pace is nothing but a red blur.

Adarsh finally gave up. “OLIVER!” he shouted at the traumatized dog, who had managed to dissolve his bones and cram his lanky body into the tiny space between sofa and wall. “The box SAYS this vacuum’s great for pet hair!”.

Anyway, on to the smoothie. Borne of my inability to chew or pilot a fork without leaving teeny stab marks in my face. But happily, delicious! I liked it so much that I surmounted my bleary, painkiller state of mind to snap that iphone photo for you! I’ll definitely be making it again even when my chompers are in tip top shape.

I like avocado’s sweet side, like in avocado frozen yogurt. This smoothie is rich and creamy, with the sweet banana and mellow, earthy avocado working wonderfully together.  Whenever my bananas are “on the brink”, I peel them, halve them, and pop them in a zippered bag in the freezer.  Perfect for smoothies that aren’t diluted by ice, or equally great  for impromptu banana breads. 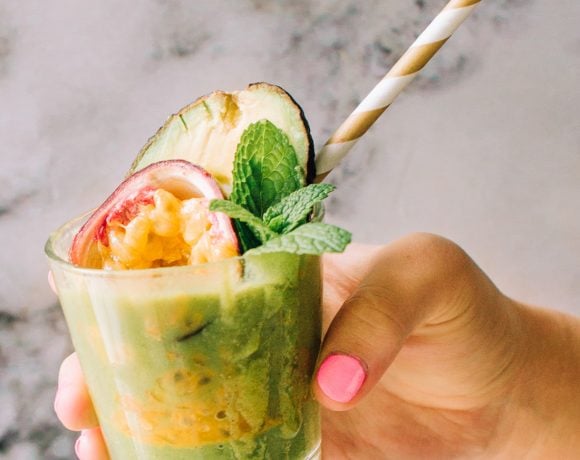 A delicious green smoothie with spinach, kiwi, avocado and mint. Sweet and creamy, everyone loves it. Make it up to 3 days in advance. 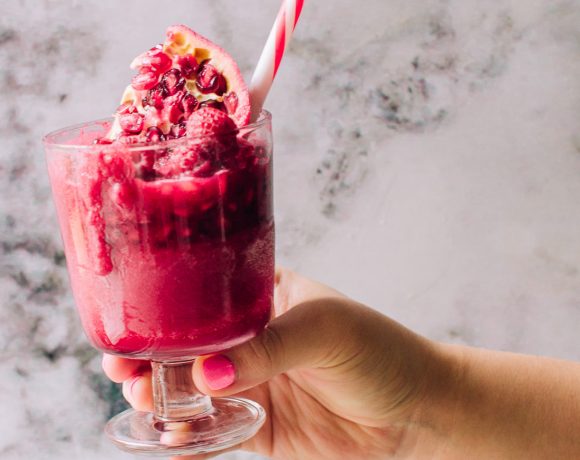 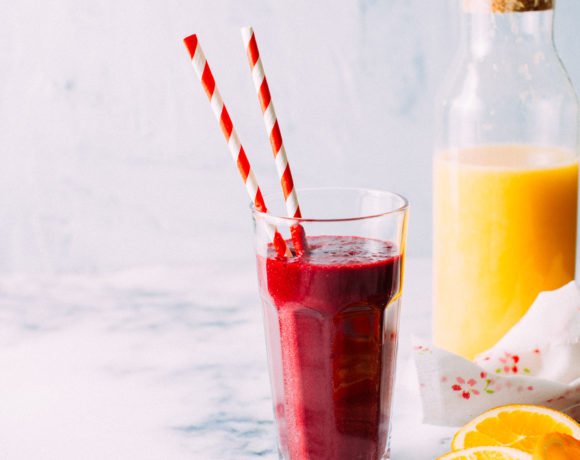 A vibrant beet and cherry (or berry) smoothie, sweetened with orange juice.