As someone who demonstrates (an endearing?) lack of self-control at the farmer’s market on a semi-weekly basis, I am in constant search of new ideas to make vegetables taste delicious. And for a month now, I have been turning to Martha Stewart’s latest cookbook, Martha Stewart’s Vegetables: Inspired Recipes and Tips for Choosing, Cooking, and Enjoying the Freshest Seasonal Flavours. I planned to share a recipe and introduce it briefly a couple of weeks ago, but I’ve used it so much that it has earned its own standalone post.

I already owned several  trendy, veggie-centric cooking volumes. But where those seem to require an extensive international pantry and/or hours spent in the kitchen, Martha’s Vegetables is approachable. It makes the most of the vegetables themselves rather than burying them under a massive ingredient list. In an inspired way, with truly delicious results.

When I was first thumbing through, I was actually taken aback by the simplicity of a few recipes – so much so that I raised an eyebrow and flagged those ones to try first, before I offered any kind of review.

This Spicy Carrot Soup (top photo), for example, is nothing more than carrots, leeks, chicken broth and a spoonful of harissa. I was skeptical. But guys, it was so good. I licked my bowl clean. Excellent, easy recipes are the best.

Then I made the Rainbow Carrots and Chard recipe (just carrots, chard stems and a very simple vinaigrette), which I think is the most beautiful presentation of carrots I have ever seen. I wanted to make it mostly as a feast for my eyes, but the basic lemon dressing was so delicious that it’s been my go-to vinaigrette for salads ever since (just olive oil, lemon juice, sugar salt and pepper but it totally nails the sweet-bright balance).

Having earned my trust with those, I took a leap with one of the more unusual recipes – Spiced Parsnip Cupcakes with Cream Cheese Frosting. The “spiced” part is simply cardamom.

Let me just say, I went in really not sure how this one would turn out. But, friends, they were just divine. Seriously. My family and neighbours raved. So I chose that recipe to share with you (coming later this week).

And now, although the book has been in my possession for no more than four weeks, it has the sauce-splattered appearance of a long-time favourite. Lots of gorgeous vegetarian recipes, and many mouthwatering dishes with meat, chicken and fish as well.  Pick it up, guys, you won’t regret it.

PS. Did you see the Tasty video feature of Martha making her Beer-Battered Onion Rings from the book? So good. And I’ve flagged that recipe to make next.

P.P.S. I continue to recommend Martha’s last book, Martha Stewart’s Appetizers, especially with the holidays coming up. It’s the first thing I grab when I’m having a party. 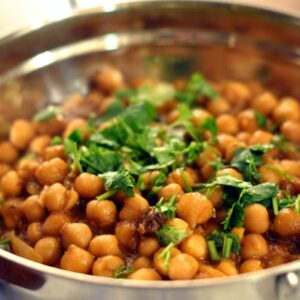